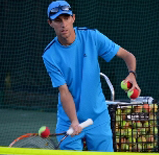 Nelson loves the sport of tennis. He enjoys teaching tennis because of the feeling of accomplishment he sees in his students when they succeed in the game. His coach Jose Luis Jimenez inspired him to become the player and instructor he is today. Nelson’s best students are people who like to have fun, work hard, and have passion for the game.

"Talent is overrated; hard work is what makes the difference."

- Assists with the 10 and under program at Winter Park Tennis Center
- Aids with the coaching of the Men’s and Women’s clinics, Tennis Xpress, and private lessons

- 10 and under instructor at the Tennis Factory in coordination with the Royal Spanish Federation of Tennis
- - Adult league coordinator for the 4.5 men’s group

PRIVATE COACH (Malaga-Andalucía, Spain)
Nelson has worked with tennis players of every level from young children through to advanced adults. During his coaching career he spent a great deal of time in Spain working with junior players and is fluent in both Spanish and English. 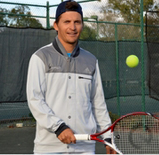 Adrian brings extensive skill and knowledge to every aspect of his work at High Performance Sports Management. Whether teaching private lessons, high performance juniors, or our highly praised stroke clinics, his hands-on, focused and organized approach is evident.

When Adrian is not overseeing classes or teaching lessons, you might see him on the courts as a hitting partner for any number of touring Pros that pass through the area. 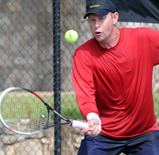 Tobias Svantesson, is a former professional tennis player from Sweden. He reached a career high singles ranking of 89 in the world in singles and 65 in doubles. Still actively competing, he recently won the World Championships in doubles, 50 and over, with partner Mikael Pernfors.

A longtime resident of Central Florida, he is also the owner of e-tennis but teaches a few lessons when time allows. He is mainly working with adults, but has worked with juniors and pros as well. Be ready for a physical workout and learn how to solve problems on court, that is the name of the game! 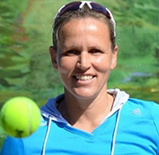 As Principal of High Performance Sports Management, Angie oversees all operations at the Winter Park Tennis Center. Angie also coaches private lessons and clinics, instilling her high level of tennis and her love of the game to all who work with her.